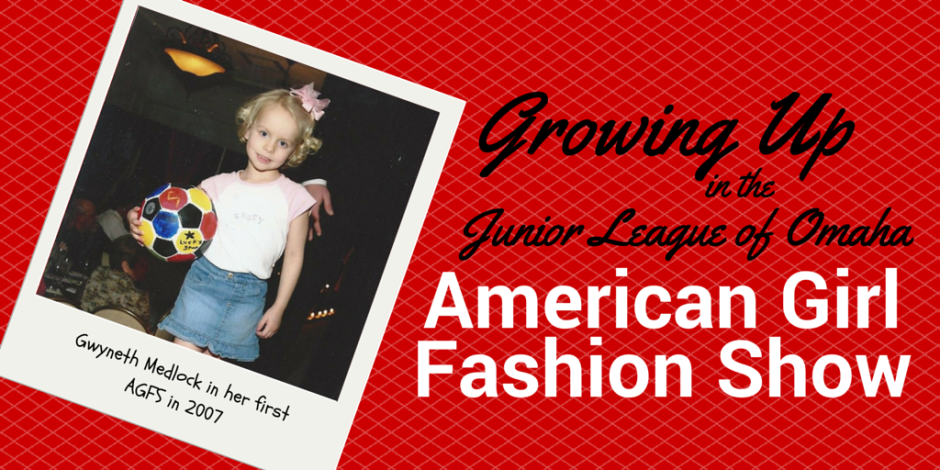 Every spring, hundreds of excited girls take the stage for the Junior League of Omaha’s American Girl Fashion Show at Happy Hollow Country Club. The League’s biggest fundraiser of the year has become an annual tradition for many area families and for the Medlocks, it’s been a part of their spring for eight years. Sustainer advisor Anne Medlock’s watched her daughter, 11 year old Gwyneth, a fifth grader at St. Vincent De Paul, transform from a little girl to a young woman during that time. The 2014 shows marked Gwyneth’s last appearance as a model.

“It will be a memory I will have forever,” says Anne. “We look forward to it every year. The past three years have been even more special as Gwyneth’s been able to help backstage and has seen the importance of helping our community.” Gwyneth says her favorite part of participating in the show is enjoying her special moment on stage, when she is by herself modeling the American Girl clothes. She knows she’s not alone. “The girls like dressing like their dolls, she says. “They get a feeling of accomplishment and a gain in confidence when they’re done.”

This year, Gwyneth will no longer be showing off her favorite Josefina historical costume, but you can guarantee the Medlocks will still be in attendance. Gwyneth admits she’ll be slightly sad, but also knows there’s a lot to look forward to. “I’ll be really excited to help the girls next year practice their stage moves,” she says.  Her mom has even bigger plans for her. “It will be emotional not to have her modeling anymore,” Anne says. “But I am excited Gwyneth can do more backstage and I am preparing her to be a commentator someday.”