The 100th anniversary of the Junior League of Omaha is upon us, and the League has planned two events to mark this special occasion. The 100th Anniversary Celebratory Luncheon was held on March 15, at the Marriott Downtown at the Capitol District, and the 100th Anniversary Annual Meeting & Cocktail Reception will be on May 3, at the Joslyn Art Museum. These two events are truly “A Celebration of the Junior League of Omaha’s Past, Present and Future.” 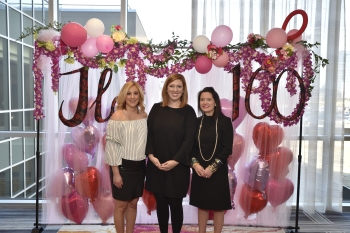 Bethany Banister and Patricia Stillmock are the co-chairs of the 100th Anniversary committee, and they have been creating and executing the plans that surround the festivities for nearly three years. When asked how the history of the League influenced their preparations, they responded, “The team of historians and our committee did an amazing job looking into the history of the League, and it inspired all aspects of our planning.” The Joslyn Art Museum, for example, not only has historical connections to the Junior League, but the architecture of the building dates back to around the same time as the Junior League of Omaha’s establishment. 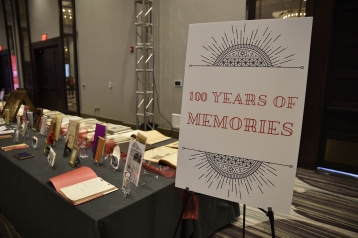 A great deal of time has been spent on making the 100th anniversary celebrations special, and this includes research into the past, as well as interviews with Sustainers and past members of the League. In addition to studying the records at Junior League of Omaha headquarters, the committee has worked with the Omaha World-Herald, the Durham Museum, and the Douglas County Historical Society to locate anecdotes, photos, and stories from the past. Sustainers have been generous with sharing their archives, and Banister and Stillmock agreed that these interactions have been “the most fun and rewarding part of this journey.” 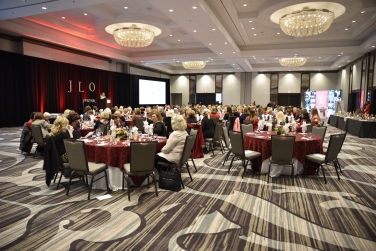 Highlights from the luncheon include guest speaker, Yesterday’s Lady, Sue McLain, who shared the history of the little black dress. A ten thousand dollar gift was made to The Rose Theater, an organization with whom the Junior League of Omaha has a strong history. And lastly, the anniversary video debuted an interview with the oldest living Junior League of Omaha Past President, who also attended the event! 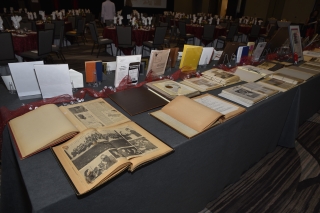 As we enjoy these special events, we remember the theme: A Celebration of the Junior League of Omaha’s Past, Present and Future. Bethany and Patricia hope that the “League continues to be a strong organization that teaches women how to be great volunteers while making great friendships.” 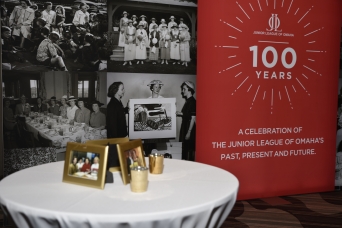