Alysia is an Interior Designer at RDG Planning & Design. She’s been there since graduating and really enjoys it. Alysia said the firm treats everyone like family and is extremely supportive in helping individuals succeed and pursue their interests. Like being involved in the community!

Speaking of community involvement, Alysia stays busy! Having been born and raised in Omaha (technically Elkhorn), she has a deep passion for investing in the community and helping make it a better place for everyone. She currently serves as the President of the Friends of Nebraska Children, serves on the Greater Omaha Chamber’s Young Professional Council, sits on Opera Omaha’s Community Advisory Panel, volunteers for the American Heart and Stroke Association … ALL while being an active member of the Junior League.

Alysia considers herself a cat lady, but not a crazy cat lady. Gus is her main squeeze, and she’s constantly teetering on whether or not to adopt another passive aggressive cuddle bug. Check back in a few weeks.

She thoroughly enjoy party planning and dinner parties. Which is also why she enjoys working out. Life is all about balance.

This year she is taking some sort of creative class each month. She previously enrolled in pottery classes at the Union for Contemporary Art and cooking classes Metro Community College. Have any suggestions? Send them her way!

Vivid colored leaves still hang from trees in Omaha. The ones that have made their way to the ground, crunch and crackle under step. It is autumn, or fall, in the heartland and there is one thing on which we can all agree…

There was a steady cool breeze in the air this weekend and many Junior League of Omaha members reached for their tall boots and vests officially marking the start of Han Solo Season. 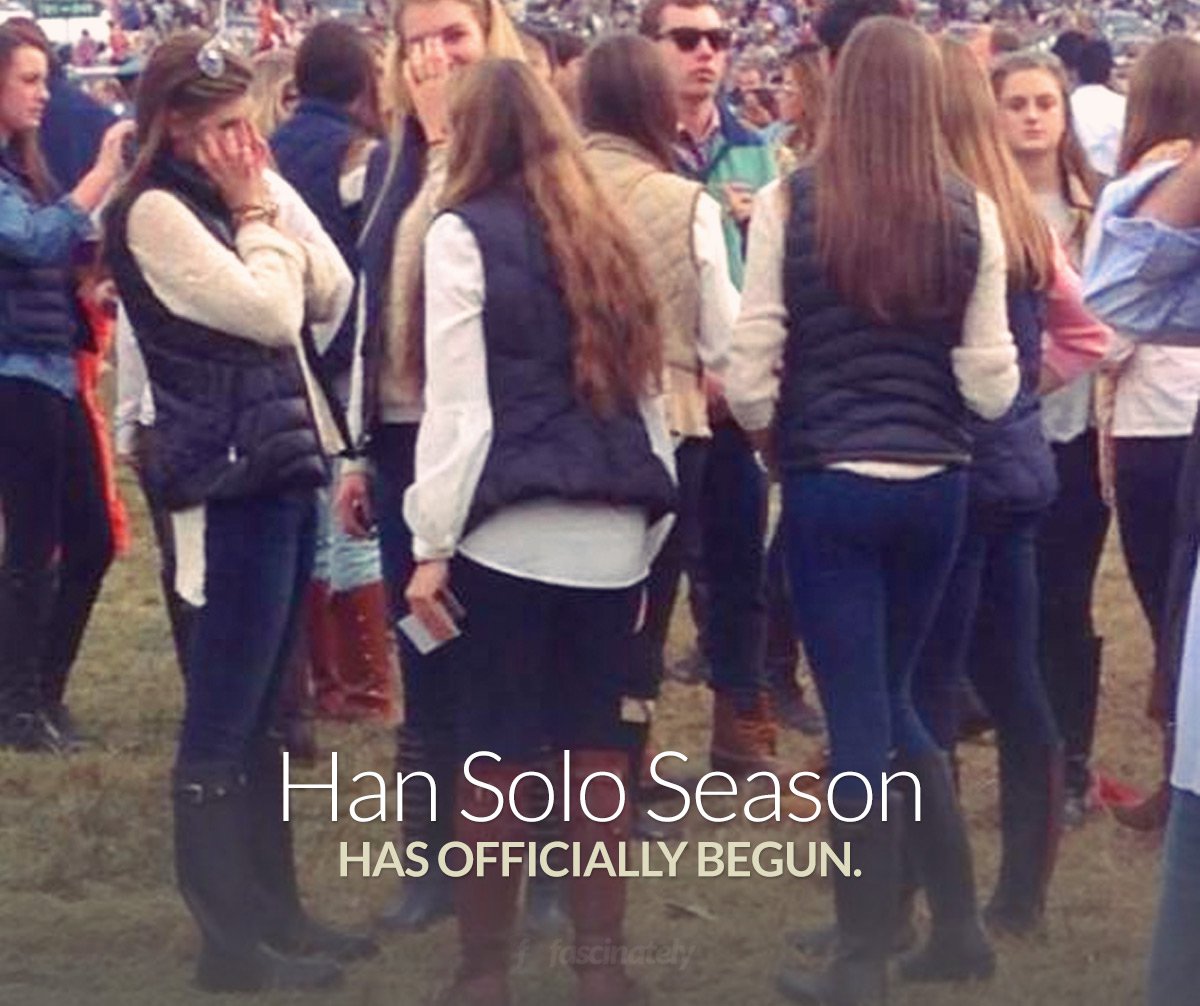 The cool air inspires many League members to fire up the oven or the slow cooker and whip up something delicious. Tracy Cartwright baked a batch of Mini Pumpkin Poppers.

Tracy Weis made a batch of yummy taco soup and cornbread. (Make something similar with this recipe.) And now that the slow cooker is working overtime, make sure it stays squeaky clean.

Melissa Carlberg and her husband Zach hosted a fall-theme dinner party for friends featuring recipes that gave a nod to the season including: roasted walnuts, apple parsnip soup and baked apple roses.

Other League members ventured out and about this weekend.

Many members attended the Women’s Center for Advancement TGIF event. Angela Cutler was one of three co-chairs for the western-themed event and Veronica Wortman served on the silent auction committee. Many league members put together silent auction items and attended the event that raised money to help women in the Omaha area out of domestic crisis.

League sustainer Catherine McAllister and her friend served as co-chairs for Omaha’s Great Pumpkin event this weekend. The event supports Lutheran Family Services of Nebraska‘s adoption and foster care awareness. Catherine has been involved in supporting the organization for five years. 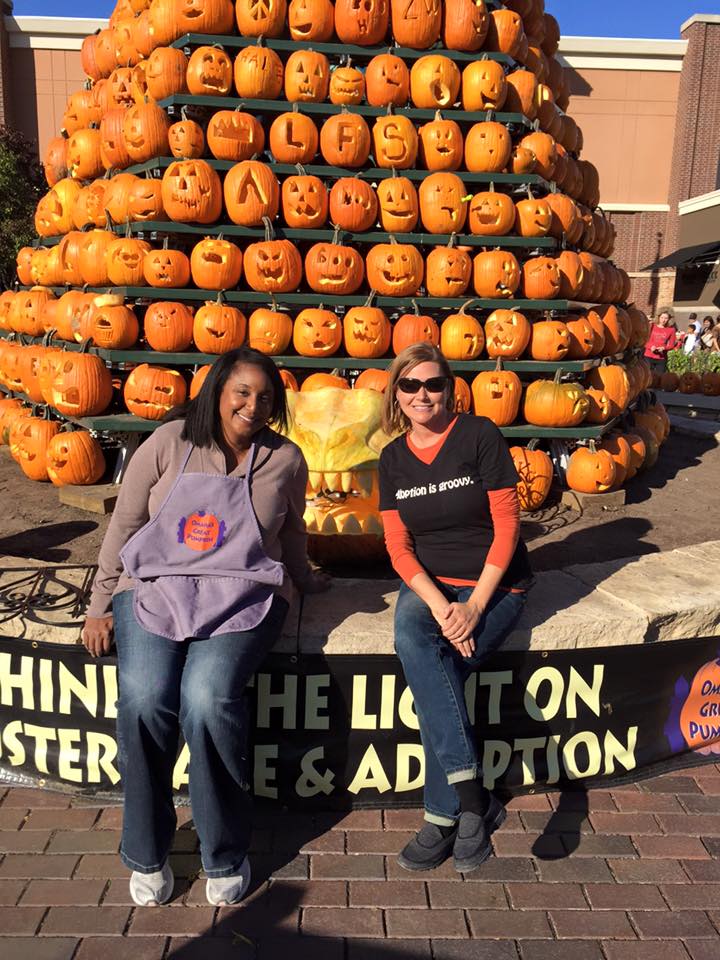 Other League members were in the Halloween spirit. Megan Riebe and friends went to the Ranch of Terror at the Bellevue Berry Farm.

Heather Vanourney ran the Bones 5K this weekend. The Omaha Running Club sponsored the run through the moonlit trails of Standing Bear Lake. Runners’ hearts raced in fear of all things that go bump in the night, according to the event page. 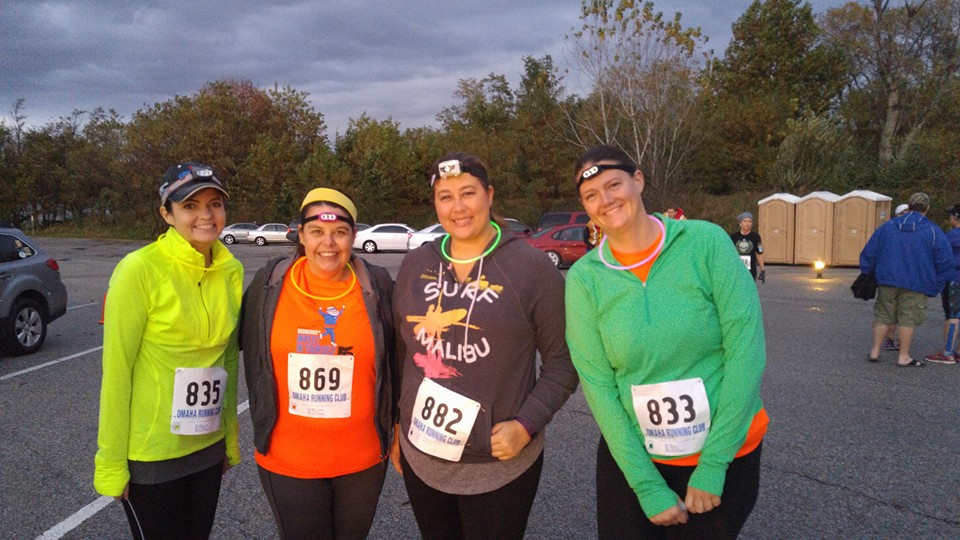 Katie Triplett and Veronica Wortman spent an afternoon decorating Halloween and fall cookies to share with friends and colleagues. 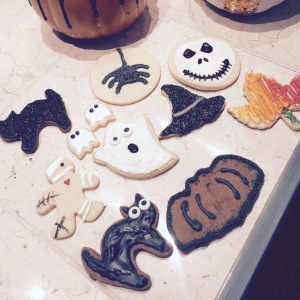 Before heading out to Trick-or-Treat with the kiddos, the Omaha Fire Department suggests several safety tips, such as adding a strip of reflective tape to trick-or-treat bags or clothing and costumes for greater visibility.

Going to a costume party? Revisit recent pop culture phenomenon for inspiration in creating a costume. Kelly Giese and her husband Matt, created this Double Rainbow costume.
(It was soo beautiful.)

The party doesn’t stop when we put Halloween 2015 in the books. Tickets to the 3rd annual Barn Bash are available now through the Junior League of Omaha website. The event features a chili cook-off, BINGO, cash bar, pumpkin pie martinis, bonfire and s’mores. Members, significant others and friends welcome at the event. 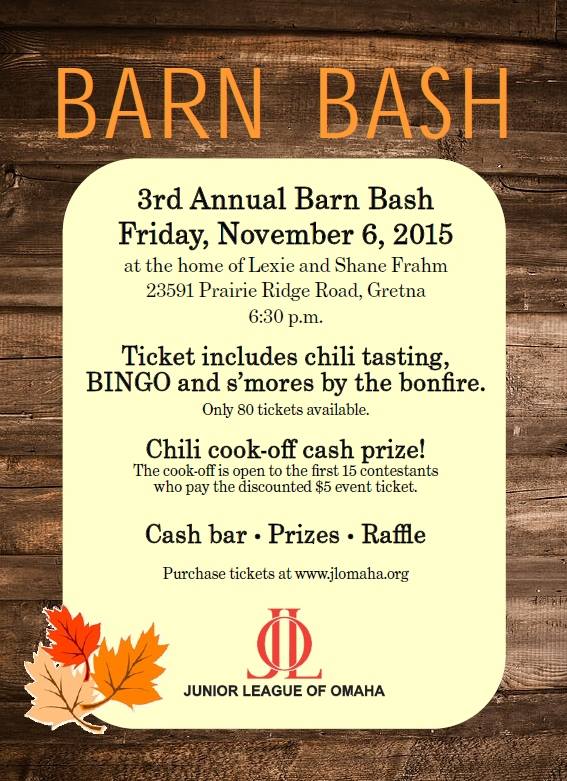 A dedicated volunteer group made up of Junior League Omaha members and community volunteers were up before dawn to staff the 2015 Omaha Color Run. One group in particular had signed up to volunteer months prior to the event, at the very first suggestion that there would be a glitter station at the end of the race. “The only three words I heard of the announcement were “glitter” and “Color Run,” so I picked up my phone and text the chair of the event. locking in my participation,” says Veronica Wortman, League member and station captain. “I think I sent the text before the chair was even done making the announcement.”

The Color Run is a traveling fun 5K run with a community purpose. In each city, a designated nonprofit organization receives recognition and financial contribution for supporting the volunteer staffing of the event. Known as the happiest 5K on the planet, the Color Run plasters runners with colored corn starch mixture as they run. The event ends with a short rave-like party where the gathered crowd is blasted with more color. The Color Run announced a new theme this year on their website. “The Shine Tour is designed to uplift and inspire runners to stand out from the crowd, sweat sparkles, and continue to live their lives in a happy and healthy way.”

Within a week all of the “Shine Station” volunteer slots were filled. Over the course of the five hour volunteer shift, 16 women tossed 500 pounds of shimmery silver cornstarch compound over runners as they crossed the finish line. Covered in shine, and resembling the Wizard of Oz Tin Man, the women recall memories created that day.

“I had a great time with the fellow Shine Station ladies.  I loved meeting some fairly new League members and catching up with some women I haven’t seen in a while.  I personally loved being covered in shine!  It reminded me of junior high when we’d slather ourselves with drugstore shimmer powder and jam to *NSync.” says Katie Triplett, League member and Shine Station volunteer.

“I would recommend bringing a SARS mask, hat and sunglasses. You’ll look ridiculous, but definitely worth it because really, it is about spending time with friends and making a difference to other in the community,” says Alysia Radicia, League member and Shine Station volunteer.  She also laughed when admitting that by the end of the event she had so much shine in her hair that she had a good idea of how she would look when she aged. “I know that I can pull off the silver-grey hair look, which is a life goal of mine.”

League member and Shine Station volunteer, Claire Stevens recalls, “We had an awesome crew and this was a wonderful way to fulfill a fundraising shift requirement for the League with a fun group of girls.” Following the Color Run rules of tossing color at runner’s torsos rather than faces, Claire realized quickly she had limited aim and ended up getting more silver shine on herself. “That’s okay, I have always wanted to look like a twilight vampire- dream fulfilled.”

The 2015 Omaha Color Run was an overall success. Check out the quick facts about the race in the below infographic.

For many League Members, the Barn Bash has become a favorite fall tradition. Active member Lexie Frahm and her husband Shane graciously hosted the “friendraiser” at their home in Gretna for the second year.

One of the highlights of the event is a chili cook-off, which was done anonymously for the first time. In the end, Active member Alysia Radicia took home the coveted prize, the $150 pot created by cook-off entry fees and more importantly, bragging rights until next year’s event.

Attendees also enjoyed s’mores by the bonfire, a competitive game of bingo as well as a night of socialization and fun.

We asked Alysia to share her secrets; you can find that below! 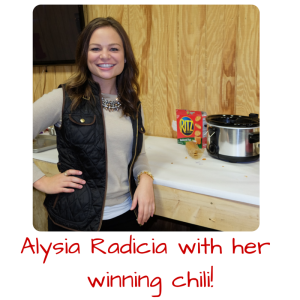 Personally, I love food. And I especially love food when it is paired with friends, bingo, and fall weather – so the Barn Bash is my jam. Last year I participated in the cook-off but made a chili that was far too spicy for the audience. The buffalo chicken chili is still one of my favorites but I knew if I was going to win this year I needed an option that would have greater appeal to the judges. Wanting a chili that is delicious but still interesting was a challenge. I was chatting with one of my coworkers and he shared this recipe with me. He and his family are Filipino and have loved this recipe for many years. With strict instructions he directed me to the Asian Market on 78th and Dodge to purchase the Longaniza Sausage. This is the make or break ingredient of the chili. To help any future cooks, here’s a plan of its exact location in Asian Market. I only include this because I initially picked up the wrong sausage and was wildly disappointed. I would hate for anyone else to do the same. Also, I’m a designer and can’t help myself sometimes. With all the being said, all other ingredients are easy to find and come together to create the 2014 Barn Bash Chili Cook-Off Winner. If there are any questions any aspiring cooks have please let me know – I would be more than happy to share all my mistakes with you to help you out in the future.